​
Preserves Horsepower
The extreme durability of Signature Series Motor Oil ensures your engine runs stronger, for longer.  AMSOIL installed Signature Series 5W-30 Synthetic Motor Oil in a Ford* F-150 with a new 3.5L Ecoboost engine to test its ability to protect turbocharged direct-injection (TDGI) engines from torque and horsepower loss during extended drain intervals up to 40,000 km.  Power sweeps were done at the beginning and end of the test to evaluate horsepower and torque retention.  As the graph shows, Signature Series helped maintain engine performance throughout the 100,000 mile (160,000 km) test. 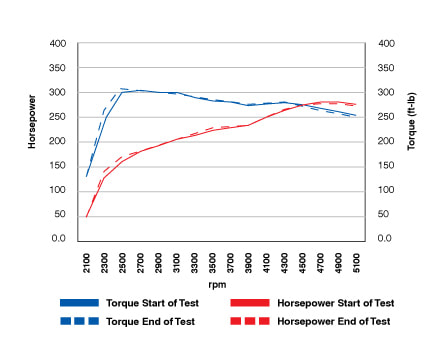 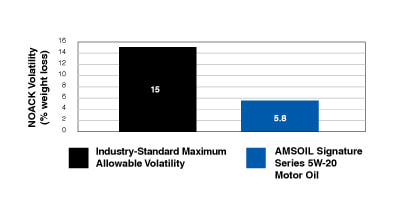